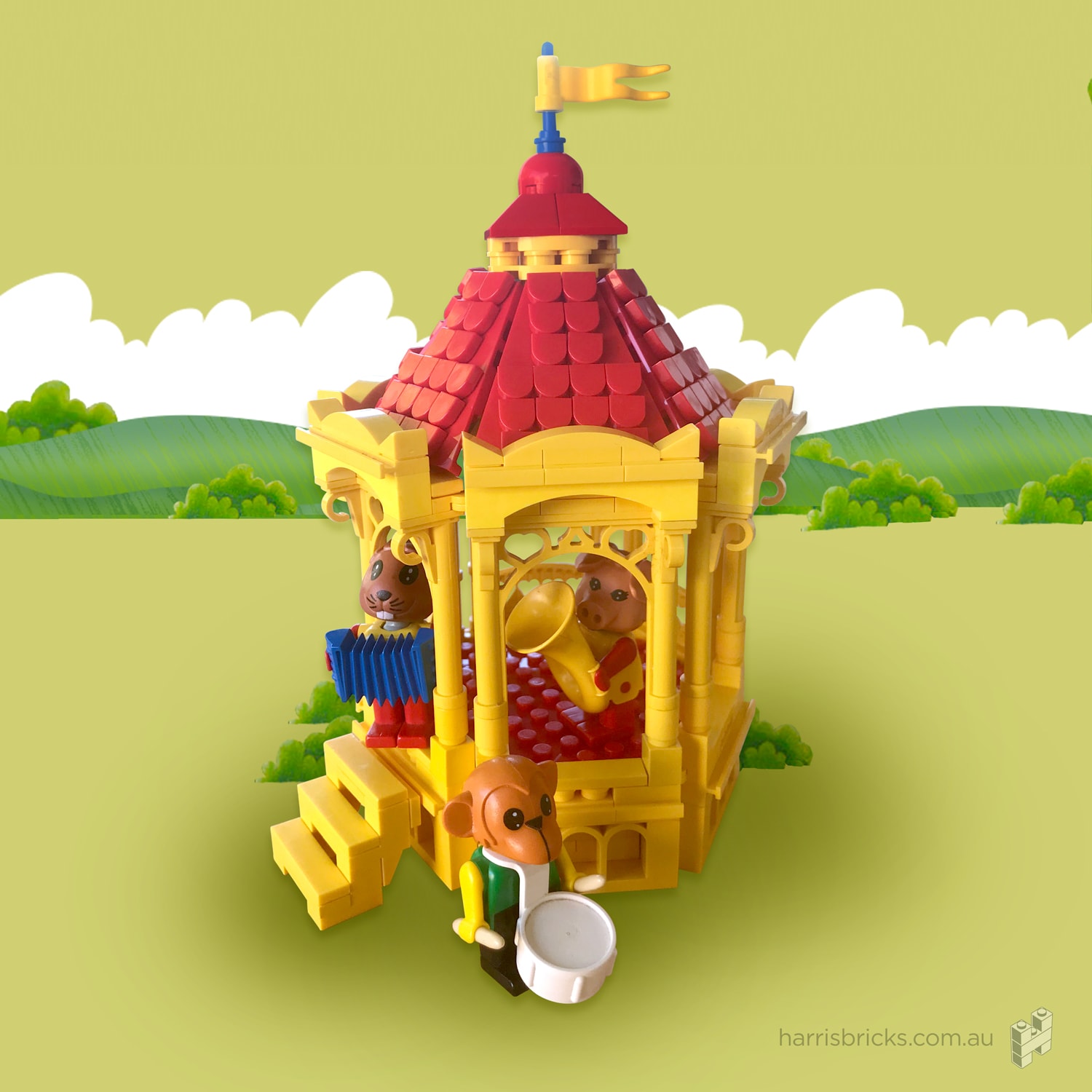 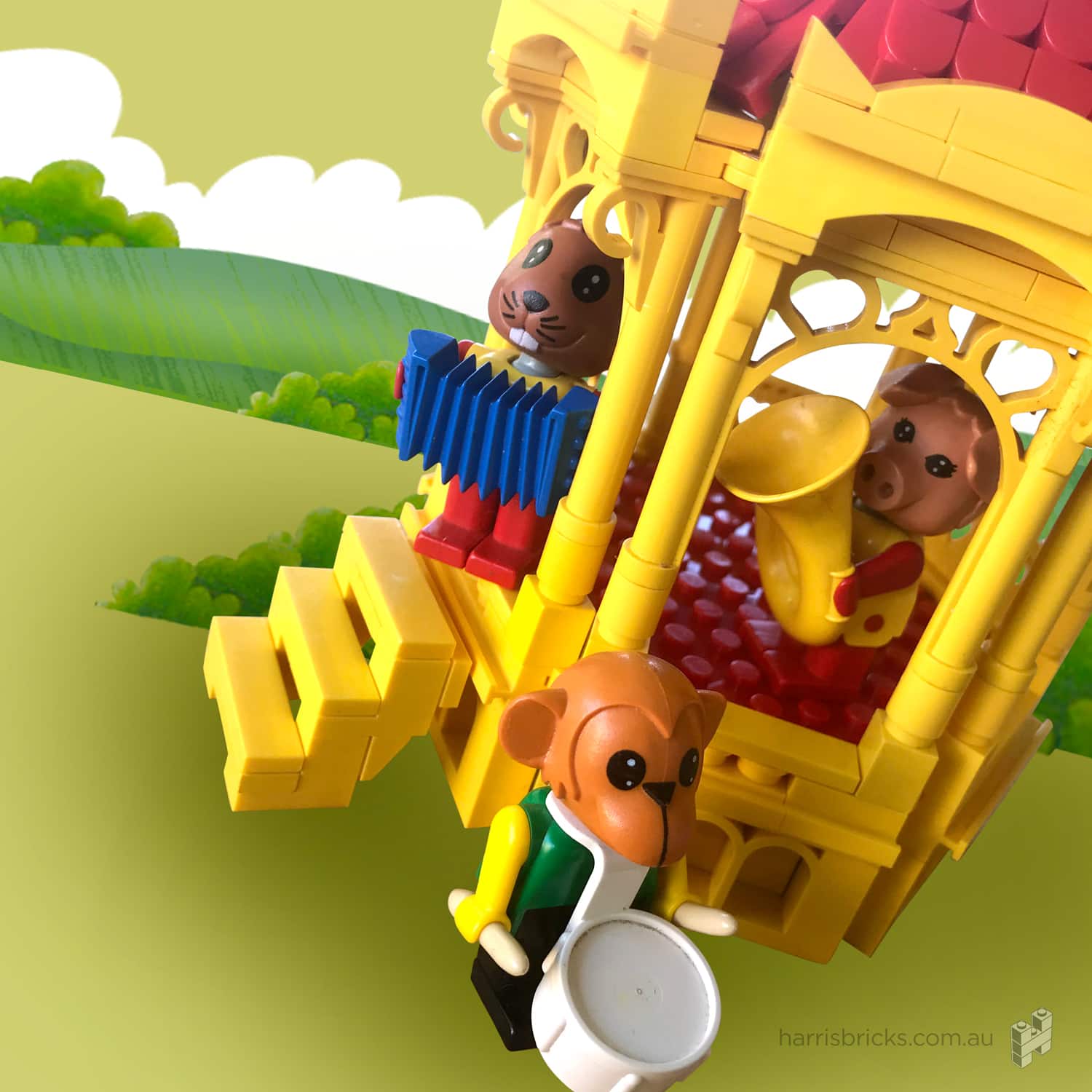 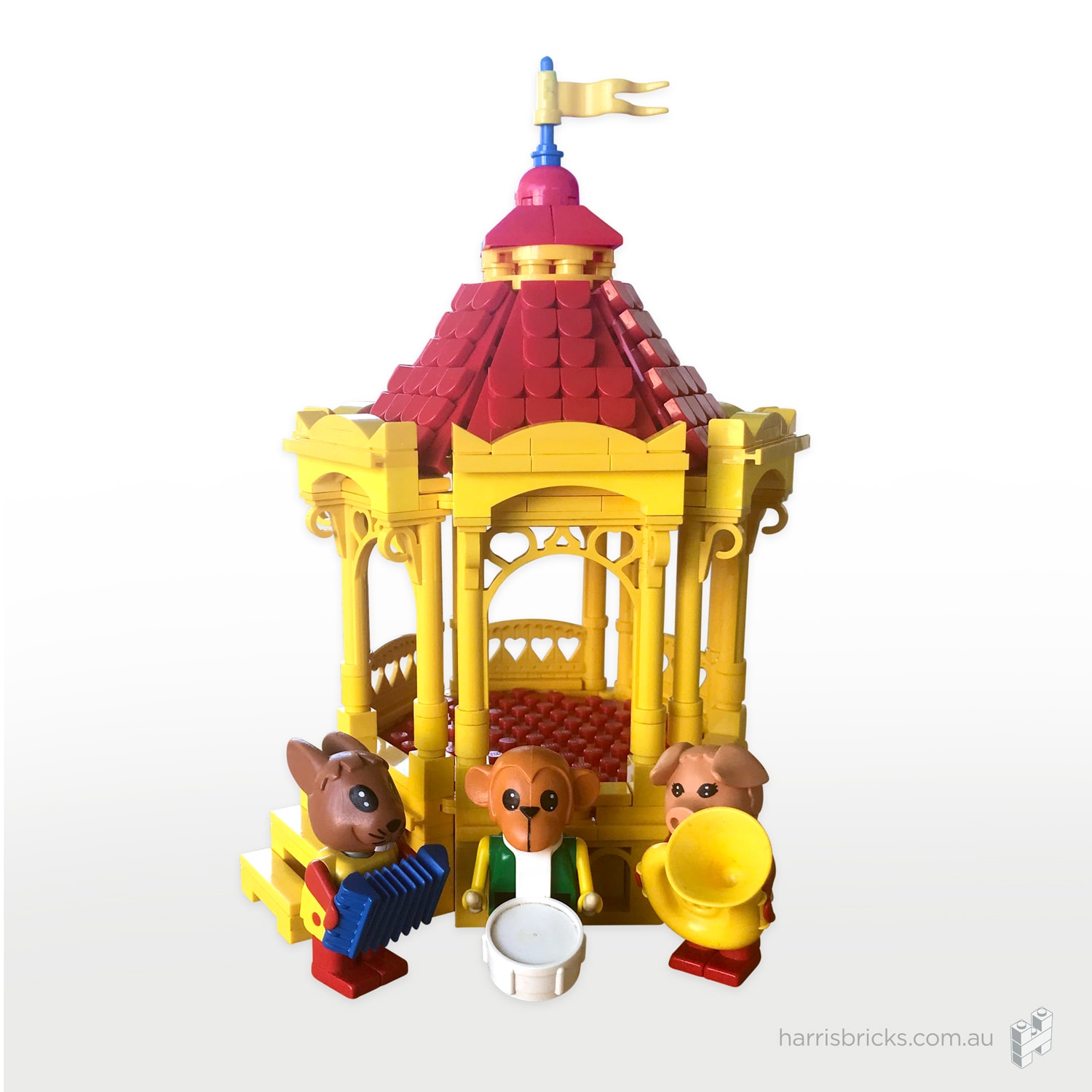 This MOC is a Neo Fabuland Bandstand.

I have several builds for this display in progress and this is the eighth one that I am revealing.

First and foremost in this MOC I wanted to take the level of detail up above the simplified forms of the original Fabuland sets (those sets were made for young builders after all). This build is inspired by two original Fabuland sets, 3631 The Fabuland Big Band Peter Pig and Gabriel Gorilla and 3712 Robby Rabbit and combines them into a new bandstand for Peter Pig, Gabriel Gorilla and Robby Rabbit to perform on.